When Duncan isn’t playing with his bone, he reads poetry. You can probably tell that by his soulful, sensitive eyes. Oh, that’s not all he reads. He loves a good mystery now and then. Some Buddhist philosophy. Reprints of old Erma Bombeck columns. But he has five new selections for your autumnal enjoyment he’s been working on all summer. It’s not that he reads slow; he has trouble swiping on the Kindle.

Have You Seen This Man?: The Castro Poems of Karl Tierney – Jim Cory, ed.

The idea of the unheralded and tragically short-lived artist is hardly a new one, but it seems particularly poignant in the case of Karl Tierney, a poet working in San Francisco in the 1980s. The 50 poems he left show a poet almost fully-formed, time being the only ingredient necessary to improve the depth and maturity of his work. Sadly, he did not have that luxury. Nor did we. What we do have, however, is by turns emotional, dispassionate, sad, and hilarious–all with a craftsman’s eye for detail. One of my favorite pieces, “Caligula or Nixon Leaving” is as applicable today as it was then:

…and as the helicopter lifts from the Rose Garden lawn/from someplace like Istria or Capri and a fat bank branch/three guards roll up the red carpet/as if we’d never invited him into the palace/in the first place.

Informed by everything from sleazy sex to Billy Idol, these poems are far more entertaining than a legacy should be, and that makes their scarcity all the more lamentable. 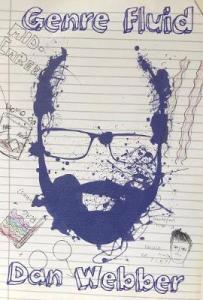 Dan Webber bills himself as a reluctant bear and an attempted vegan who has performed in many spoken word shows only to be told he’s a comic at poetry nights and a poet at comedy nights. When faced with material as witty, earnest, and well-observed as this, the last thing that should concern us is which box it goes in. “Homo on the Rocks,” “Anonymous at 6 am,” and “Some People Never Learn” are among my favorites in this slim but fully packed volume. The ending of “Child of the 90s” in particular resonated with this child of the 70s.

On New Year’s Eve 2016/I told my oldest friend I preferred men to women/And he was livid/Not because I liked guys/Because I had lied to him for all these years/I’d never told him when I was most happy.

Webber shifts effortlessly from comic to serious, changing the layout up with different typefaces and pictures and little bits. His predicament about being pigeonholed highlights what I’ve always wondered about the line between poetry and standup comedy since I first heard Lenny Bruce and Allen Ginsberg. Webber’s insights are very interesting indeed.

Where Webber is non-traditional, New York City poet Don Yorty provides a more formalistic approach with sonnets to spring written during a six year stretch from 2003 to 2009. Those fourteen lines of iambic pentameter are to poetry what the five-paragraph essay is to composition, and you can be just as creative within that structure as you want to be. Yorty’s eye turns to everything around him, tying it all back to spring with the mention of a flower, a scent, a food, or a memory. And his subjects are myriad. But writers never stray far from their own heads, so we get sonnets featuring pencils, smudges, and of course, writing itself:

Writing’s a thing of opposites, putting/on clothes, taking them off, whispering shouts/starting a fire and then putting it out./You don’t want to burn the pages

This is clearly a lot of poetry, but this collection is definitely worth your while. Savor it slowly–one or two at a time–and make your spring last until the snow flies.

This is also a large collection, but many of these poems have appeared elsewhere and it’s wonderful to have them neatly compiled in one place. A writer of many guises and genres, Barnes’s poetry is very dynamic. It’s always on the move. Someone’s running or walking or searching. These are pieces of escape, of rebellion, of restless adolescence. Love and Detours is all about destinations and shifting places, imbued with Eighties pop culture. One of my favorites, “Walking to K-Mart to Buy a Dolly Parton Album,” is also an award-winner:

Someone protects me when I’m ten: a boy/ in my class. He’s stronger than the others./He waits for me each day, walks me home./He’s convinced I’ll be the next/Nancy Drew and encourages me to open up/my own detective agency. He colors the green/construction paper signs we tape in store windows.

From the geographic name-checking in “Looking for Homer” to the freestyle images of “Subway Stations, Atlanta,” Barnes’s poems are all conscious of the fact that they are memories–that is to say, they have a self-realization that these events are in the past, observed from a safe platform of better-if-not-well-adjusted adulthood. I can guarantee you’ll relate. 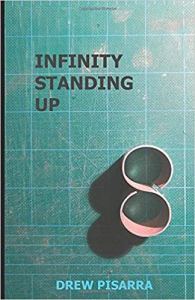 Sonnets, yes. But unlike the above-reviewed Yorty, Pisarra’s sonnets are more directly Shakesperean in nature. And lustier. Not only that, but Pisarra has a wicked sense of humor that makes this one of my favorite volumes. “Sonnet 45” is about a vinyl single, “Sonnet 11 PM” about bedtime, “Sonnet 666” about Satan, “Sonnet 69” about…well, you get the idea. I love Pisarra’s warped viewpoint and willingness to take on any subject, such as the penis in “Sonnet 6″‘:

Hey shlong, listen up. Hey penis, pay attention./Pecker! Turn your unblinking eye over here./Oh, thick-headed prick, oh tool of no pretension,/ oh wood that could, and dick shaped like a can of beer/I have ogled and gagged. I have ridden such cock.

But the effect is not all fun and games. “Sonnet -1” is about a particularly tough break-up, and “Sonnet 12.11.15” is a portrait of the beginning of a relationship which may or may not still be extant. Pisarra is as confident and sure on the serious side as he is with wit and a well-turned phrase. As with the Yorty, I’d do one a day just to keep your spirits up.

And there you have Duncan’s Fall Poetry Review. He’s looking for something to read for Winter, so if you’ve a mind, drop a line.