Taking time off for Saints and Sinners 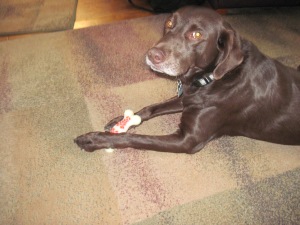 Out in Print will be taking a break for a couple of weeks while I’m at the annual Saints and Sinners Literary Festival in New Orleans. I will be moderating a panel Saturday, Mar. 28th, 11:30 AM:

A FINE ROMANCE: ROOM FOR LOVE TODAY?
In the era before legalized gay marriage and mainstream LGBT pop culture icons, gay romance was taboo. LGBT novels—literary and popular—provided a literary refuge. Now that it’s (mostly) normal for us to have white picket fences and baby carriages, is there still a need and place for the gay romance novel? If so, who’s reading them, and who’s writing them? Join this panel for a chat on the state of intimacy and relationships in the contemporary LGBT romance novel.
Panelists: Lewis DeSimone, Felice Picano, Cindy Rizzo, and Mary Griggs.
Moderator: Jerry L. Wheeler.
Hotel Monteleone, Royal Salon D

I will also be reading at Ron Suresha’s Bear Bones Books litBearary event Saturday night and reading again as a part of the Festival Reading Series on Sunday at 1 p.m.

Out in Print will return Monday, April 6th with a review of Jane Summer’s Erebus. Until then, I leave the mighty Duncan in charge. He’s a benevolent ruler, but a word of warning: Don’t try to get his bone.

Mark Merlis’s version of history is always delightfully skewed, which is why I loved An Arrow’s Flight so much. Instead of reworking Sophocles again, however, Merlis has moved on to more recent times. In his latest, JD, he takes on largely pre-Stonewall gay history but does so through a dead queer novelist’s wife’s narration–a tricky viewpoint to say the least. But don’t be concerned. JD is a multi-leveled, multi-layered dream of a novel so sharp you don’t realize it’s cutting your heart out until it falls into your lap.

Jonathan Ascher is a critically acclaimed 1960’s radical writer of poetry and a couple of novels who never really achieved the kind of success he seemed, at the beginning of his career, cut out for. After a couple of strokes in the early 1970’s, he dies with that promise unfulfilled. Thirty years pass and, eventually, a professor wants to write a book about Ascher, approaching his wife, Martha, about the project. Prompted to read Ascher’s journals for the first time, Martha discovers his sexual adventures in the gay underground as well as the thorny relationship he had with their son, Mickey, a supposed casualty of the Vietnam War but, really, a casualty of family life.

Ascher appears only through his journal entries, but Martha continues to interact and argue with him as she reads about his affairs. She, of course, knew about them vaguely during his life but has never confronted the truth in detail. She also realized somewhere that they had both failed Mickey. Jonathan, however, fails him in a way Martha could only guess. The truth about that relationship angers her more than anything else she encounters in those journals. Mickey also only appears in Ascher’s journal entries, but all three characters are so fully realized and distinctively voiced that I’m left in awe. Together, they represent the disintegration of a family not through any covert destruction, but a simple neglect. They are incapable of nourishing each other, so all three of them die slowly inside their routines. The result is both sad and cautionary.

But the world Merlis creates in those journal entries is not the only one here. Martha’s decision whether or not to allow gay college professor Philip Marks to write about her husband is also a major part of the novel. But the relationship between Martha and Marks is particularly puzzling. He stays with her a couple of days during a power outage when he can’t take the train home, but no matter how he explains himself or his interest in her late husband’s work, she is wary. She knows the professor wants to turn her husband into some sort of “gay icon,” which Ascher would have disdained, if not been actually offended by. His take on gay liberation after Stonewall is not about equal rights as much as it is preserving the outsider status he prizes so highly, not only in his sexuality but in his career as well. And as for the student protests of the 1970’s? He addresses one of their meetings:

If you play your cards right, you can drag this show out straight through to June, and then you’ll all go home, no examinations, everybody passes. A terrific start on your unexamined lives. And when you’re home this summer, by the pool or working in your father’s haberdashery, other kids who are no worse than you are, decent kids whose daddies couldn’t send them to the nice college you’re trying to tear down, those kids will still be dropping bombs on hapless little yellow people who don’t even know why the planes keep coming. Your little shindig won’t have done a damn thing to stop those planes. And really: when the fire rains down from the sky, the people on the ground won’t know you’re not in the cockpit. Maybe you are.

In short, JD is a wonderfully readable, fascinating portrait of the crumbling American family as seen through the eyes of an iconoclastic writer whose view of the history he’s living through is as well-observed as it is painfully personal. Highly, highly recommended.

I have been a fan of Harper’s since I read his story, “The Bloated Woman” (which makes an encore appearance here) in Steve Berman’s excellent anthology The Touch of the Sea, and I’ve been looking forward to this collection for some time. My anticipation has been amply rewarded, for the nine stories here are all richly interesting and as varied as they are evocative.

Harper’s protagonists are mostly adrift, searching for direction or waiting for purpose, without the contented contemplation necessary for productive daydreaming. But their unmoored status is what gives these pieces direction. Once the landmark is in sight or the course set, the story ends. Thus, the reader is constantly looking for some resolution on the horizon, inducing a curiously languid atmosphere where decisions are moot, actions are unimportant, and finality is always a step beyond.

For example, Randal, the tow-truck driver/repo man in the first story, “Repossession” has just been thrown out of his brother’s house and is casting about for revenge on Amber, his brother’s girlfriend, who is responsible for his eviction. He and his work buddy are also looking for a legendary Mercedes belonging to a real estate salesman who has hitherto avoided apprehension. No sooner do they find it than it slips from their grasp again, and no sooner does Randal decide to exact his revenge by spitefully towing Amber’s car than his buddy calls him stupid for considering it, which is where the story ends.

Similarly, the protagonist of “Nature” also finds himself adrift, living with his cousin and working in her tattoo parlor in a strip mall no one visits anymore. To relieve their boredom, she and her partner the tattoo artist, practice body modification and “suspension” in a warehouse somewhere in the mall. Hooks are placed under their skin, and they are suspended in the air, presumably using their pain as fuel for contemplation. August decides he wants to try it, but backs out at the last minute, settling instead for a drunken evening of Risk at his cousin’s house and a visit to the neighbor’s pool. Floating in the water, he achieves the same psychic vantage point as those who were suspended from hooks, but again, once he decides to finish his classes at tech school and find a place of his own to live, the story ends. Far from being disorienting, this pattern works to sharpen the reader’s own sense of purpose by illustrating that decisions, however trivial or illusory, lead to the ending of one’s present circumstances, giving you permission to move on.

Two other high points in this collection should also be mentioned: “No More Heroes,” which sees a group of old gamer friends growing up and away from each other as well as the aforementioned “The Bloated Woman,” which involves the discovery of a corpse on the beach of a small fishing town and how it lingers in the mind and psyche of an aspiring novelist who is caring for one of his old professors, now experiencing symptoms of Alzheimer’s.

Harper has crafted a wonderful world of characters who engage by disengaging, an effect as reassuring as it is liberating. His gifts are many, and the perceptive reader will find much to think about and ponder. Thoughtful and powerful, this is a must read for anyone interested in short fiction.

A House of Light and Stone – E.J. Runyon (Inspired Quill)

In 1965 Los Angeles, Defoe “Duffy” Pilar Chavez is a precocious ten year-old and the ugly duckling of her family. She’s skipped two grades, she writes poetry, she tells enchanting fun-filled stories to her little brother as they play. She and her four siblings, by several different fathers, were separated for five years in foster homes, not knowing how the others fared. They are now reunited with their mother who angrily ekes out a subsistence life for them.

Mr. St. John, their social worker, gives the family a gift of Gibran’s The Prophet as a Christmas gift, with a chapter marked as “for” each of the family members. Duffy’s chapter is Self-Knowledge. One day Mama announces that they are moving to a new house. This alarms the children, as a similar announcement signaled the beginning of their fragmented lives in foster homes. Artie, the oldest, gives each of the other kids two dimes for emergency phone calls: “If it’s a trick and we’re going to be picked up for foster homes again, you keep these dimes,” he said. “There’s an extra in case you lose one. If they take these away from you, just find some bottles to sell and hide that dime somewheres they won’t find. No one’s gonna do us like last time.”

With the haunting unfiltered acceptance of a ten year-old seeking to make sense of the world she lives in, Duffy leads the reader into her complex journey, her Quest for self-knowledge. She cobbles together a frighteningly cohesive belief system out of her experience of abuse, religious doctrine, a dawning experience of special affection for other girls, and a self-sacrificing sense of responsibility for her mother’s happiness.

Runyon’s writing is smooth and pitch-perfect, never loses the sense of Duffy’s age or her situation, never shies from the beauty, pain and abuse of it, simultaneously stark and psychologically complex. Duffy narrates her story without rancor as she searches for her place in a dangerous world, accepts the burdens she believes are hers to carry, and attempts to solve the problems she believes are hers to fix.

A House of Light and Stone takes its name from one of Duffy’s poems, a poem she destroys without letting the reader see it. It is a wonderfully told story, and utterly compelling. Not only is the writing outstanding, but the core essence of the story is well worth pondering as it carries its painful realities to a completely satisfying resolution. I urge you to read and savor this exceptional book. You’ll be glad you did.

Reviewed by Lloyd A. Meeker