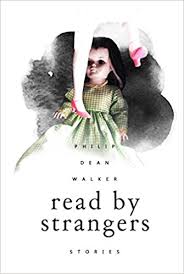 Although I didn’t review Walker’s first collection, At Danceteria and Other Stories, I was mightily impressed with Keith John Glaeske’s thoughts and vowed to put aside my TBR pile long enough to check it out. Unfortunately, that didn’t happen. So, when Lethe Press came out with his second volume of short fiction, it went to the top of my review stack. This time, it did happen, and I must say the read was quite rewarding.

More and more these days, the short story collections I see by gay men seem to have straight characters as well. I don’t know what to think about this in terms of society and inclusion, but the justification, I think, is in the stories themselves. And in that, Walker hits the mark mostly every time. His portraits of straight relationships are as telling and poignant as those of his gay men and women, so while they may not all be our stories, they are stories for all of us.

One of the themes running through both the gay and straight stories deals with the line between reality and artifice. One of the most brilliant examples of this is “Why Burden a Baby With a Body?” which deals with Hiromi and her husband Takahito, who have real lives but spend most of their time inhabiting a virtual reality video game realm, where Hiromi has “won” a baby so much easier to deal with than the flesh and blood baby she’s just given birth to:

Something clenched the pit of her stomach at the thought of touching the thing, Kimi, this whining sack of flesh, who, if she thought long and hard enough about, neither looked nor sounded like her. Kimi smelled foul even though Hiromi was sure Takahiko must’ve changed her before he’d headed back to the cafe. Anima wasn’t like that; she didn’t need to be fed and changed on a constant schedule.

You just know such loathing for her own child can’t end up well. It doesn’t. But Walker’s gay men also practice the art of deception, particularly in the short yet punchy story about hustling, “Three-Sink Sink”:

First, pick a fake name. Something totally different from your own, but one you’ll remember to answer to. Nothing too porn-like. Buck, Ryder, Storm, Dick, Apollo: These are names to stay away from. Choose something single and boyish. Like Jake or Chip or Hunter. Dylan is popular. The fake name will come in handy later on when you want to pretend it’s not you who’s doing this.

Dysfunctional families are also staples of Walker’s work, including the long-lost sister who turns up in “Revolution” and the mother who sleeps with her daughter’s English teacher in “Hester Prynne Got an A,” but from the one-story-writer in “Verisimilitude” to the corporate ex-pat living in Singapore in “A Cup of Fur,” Walker’s characters are adept at snatching failure from the jaws of success. The one-page stories are less focused and don’t really work for me, but that said, the final story in the book is one of the shortest and one of the most powerful. “Caravan” is a simple little tale of a bunch of gay men headed back home after a drunken night on the town, but the ending belies its simplicity and evokes a dreadful sense of danger. It accomplishes a great deal in a few words.

Although any collection of short fiction will be hit or miss, Walker’s finely drawn characters and unusual insights make him a short fiction writer worth watching for. I may even have to go back and read Danceteria! Highly recommended.